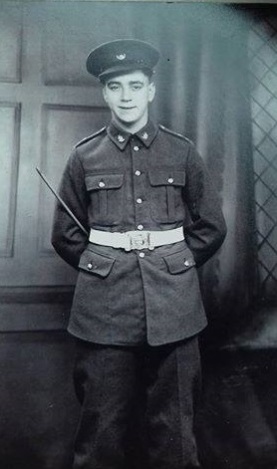 The Spanish Civil War was a vortex which sucked in foreign volunteers from Europe and beyond, and gave them a chance to fight their own battles on someone else’s soil.

In 1936 General Francisco Franco and his fellow Army officers attempted to overthrow Spain’s left-wing Popular Front government. The Nationalist insurgents believed the country was speeding towards anarchy, atheism, and communism. The government and its supporters saw the rising as a fascist assault on democracy. Foreigners from all sides flocked to join the fighting.

Italian Fascists and exiled Italians Communists came face to face in the grounds of a country house during the battle of Guadalajara. Frenchmen from either side of the political divide battled to the death around Madrid. Right-wing Cambridge man Peter Kemp fought against communist fellow countrymen in the 1938 offensive that divided the Republic and took Franco’s forces to the Mediterranean. After the war he asked a surviving opponent what would have happened if he’d been captured.

Kemp assured him he would have done the same if the positions had been reversed.

Foreigners who supported the Spanish government joined the International Brigades. The 35,000 volunteers may have believed they were fighting for democracy but the guiding hand behind the Brigades was the oppressive dictatorship of Joseph Stalin’s Soviet Union, also the source of 1,000 advisers, pilots, and technicians, and millions of pounds worth of war material.

Franco’s insurgents had their own foreigners: the Condor Legion from Nazi Germany, 80,000 Italian troops sent by Mussolini, 78,000 Moroccan volunteers from the North African protectorate, and another 12,000 independent foreign volunteers everywhere from Portugal to Romania, Ireland to Egypt.

Some were conservatives, some monarchists; others were fascists or just men looking for adventure or a way out of a tight spot.

Among them were at least fifty British volunteers. Best known is Kemp, an upper-class adventurer who served in the monarchist Carlist militia and then the Spanish Foreign Legion. He wrote the vivid book Mine Were of Trouble and made a name for himself in post-war journalism. Welshman Frank Thomas wrote his own account, only published towards the end of his life, about his experiences in the Legion. Former professional soldiers Gilbert Nangle and Noel Fitzpatrick often turn up in the history books.

In late 1937 Reginald Victor Kellet was a 19-year-old soldier in the British Army, stationed at Gibraltar. He was a chirpy, happy sort with a roguish streak. Back home in Yorkshire, Kellet could be found gambling on street corners and persuading his brother to skip work down the pit to go on a spree. 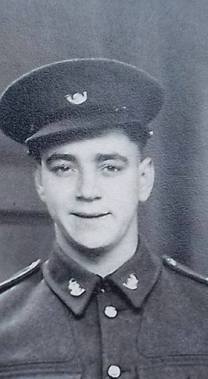 When the Spanish Civil War was raging, Kellet was serving in the King’s Own Yorkshire Light Infantry, having talked his way in by convincing the recruiting sergeant that his father had been a veteran of the unit. Kellet snr had actually served in the Green Howards, but his son wasn’t the type to let the truth get in the way of a good story.

Kellet was doing well in the army, looking at it for a career, when he abruptly deserted in December 1937. He swam across to La Línea de la Concepción with fellow soldier Percy Appleyard. Kellet joined the Spanish Foreign Legion with 61st Company of XVI bandera; Appleyard decided against getting involved in the Civil War and returned or was deported back to British territory.

By April Kellet was near Lérida on the Ebro River front. In June 1938 he was killed serving with a supply column at Orcau. His war had lasted only six months.

Kellet’s reasons for deserting the British Army are still a mystery. It’s possible he got himself into some trouble and saw Spanish territory as the easiest way out. A handful of British military men joined up from Gibraltar and most seem to have been facing court martials or other official problems.

The Francoist authorities, while on bad terms with London, got on well with the British Navy in Gibraltar. In August 1937, after a few Navy deserters had appeared in La Linea and joined the Foreign Legion, Franco forbade Legion authorities to take any more. Anyone wanting to join up after that needed either special permission from Burgos or a sympathetic recruiting officer.

Kellet was army not navy, which may explain his enlistment. His motivations for joining the Nationalists remain cloudy. He wasn’t a Catholic and no-one remembers him being especially right-wing. His brother had broken his back in a pit accident before Kellet shipped out for Gibraltar and would die in ’39: perhaps that played a part. Or, like so many other young men, he may just have been looking for adventure or escape.

Feel free to check out my book Franco’s International Brigades: Adventurers, Fascists, and Christian Crusaders in the Spanish Civil War [or amazon.com] for more stories about British and other foreigners who joined the Nationalists. And if you have any more information about Reginald Kellet please write a comment below or send me an email. His younger sister is still around and would like to know more about her brother’s life.

4 thoughts on “A British Volunteer For Franco”