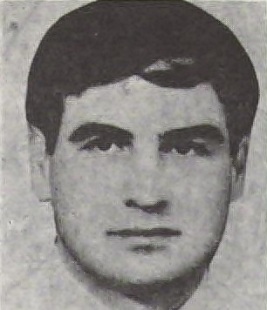 He had dark hair and eyebrows like thick slashes of marker pen and a grave somewhere in Palestine. Roger Coudroy died at 35-years-old and remains a minor martyr for people who lean so far to the right they’re practically horizontal.

The first European to die for the Palestinian cause, say the blog headlines. Not exactly. Germans and Bosnians and Britons are buried under Arabic pseudonyms out in the desert, volunteers for Muslim armies during the 1948 fighting that gave birth to Israel. Coudroy belongs to a later generation.

The Belgian engineer died the night of 3 June 1968, apparently when Israeli soldiers shot up a commando from the Fatah faction of the Palestine Liberation Organisation. It was the opening days in the war of attrition that followed Arab defeat in the Six Day War. Palestinian guerrillas penetrated Israeli territory and launched terror attacks on civilians; Israeli planes bombed PLO camps in Jordan and took out Egyptian infrastructure.

The Palestinian cause had a lot of support from young leftists in Western Europe and regimes in the Eastern Bloc. But Coudroy wasn’t a man of the left. Not a chance.

END_OF_DOCUMENT_TOKEN_TO_BE_REPLACED 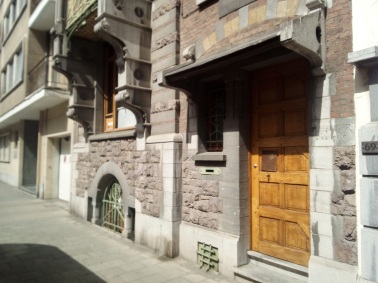 The house at rue Defacqz 71 is thin as a bread stick and pretty as that girl you used to love. Planted four storeys high on a wide side street branching off Brussels’ prestigious avenue Louise, it has a red brick frontage and decorative graphic panels courtesy of Adolphe Crespin.

This tall drink of art nouveau was designed by famed Belgian architect Paul Hankar back in 1893 and served as his private home until he passed through the veil of death at the turn of the twentieth century. These days number 71 looks shabbier than in its prime, but is still a fine example of what a Belgian architect can do with money and imagination to spare.

In the morning of 1 September 1944 the locals found two Russian men dead on the pavement outside. They’d been shot with a submachine gun. We’re still not sure who killed them.

END_OF_DOCUMENT_TOKEN_TO_BE_REPLACED

The Parc du Cinquantenaire is a large slab of green in the Etterbeek district of Brussels. It is home to some museums, a lot of statues, and a triumphal arch. Foreigners like the park and crowd it out on Belgium’s rare sunny weekends.

Buried in a corner behind hedges and an overshadowing building is a shiny grey stone wall and a monument of an arching pilot reaching for the sky. The wall records all the Belgian airmen who have died in military service since the first biplane wobbled into the sky over the country back in 1908. In the section for the dead of the Second World War is the name R. de Hemricourt de Grunne.

The neatly carved white letters hide a story not many know. Comte de Hemricourt de Grunne was a war hero and aristocrat, but he was also one of only fifty Belgians who fought for General Franco’s right-wing nationalist rebels in the Spanish Civil War. Short, dark, and bushy browed, the Belgian playboy abandoned a life of idle luxury to fight a personal crusade against a foreign government in a foreign land.