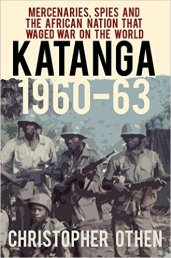 Good news for American readers – Katanga 1960-63: Mercenaries, Spies and the African Nation that Waged War on the World will be distributed over there starting December 2015. It’ll be available through Amazon and all the usual suspects. It may even turn up in your local bookshop. It’s being distributed by the lovely people at IPG.

Katanga is available in hardback and ebook. Here’s a moment from the introduction about spending an evening in a dodgy Brussels bar:

END_OF_DOCUMENT_TOKEN_TO_BE_REPLACED 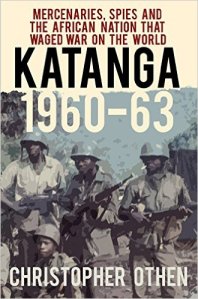 d the African Nation That Waged War on the World [or amazon.com] will be released September 2015. Here’s the Katanga 1960-63 amazon.co.uk page. You can order the book in advance or wait impatiently until it hits the shops. Blood diamonds, CIA assassins, jungle fire fights, unsolved murders, and a man who once flew Haile Selassie’s private plane into a tree. Some good photographs too.

Katanga 1960-63 tells, for the first time, the full story of the Congolese province that declared independence in 1960 and found itself at war with the world. The Congo had no intention of allowing the renegade region to secede, and neither did the CIA, the KGB, or the United Nations.