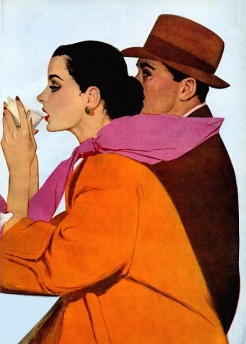 I‘ve had a few requests for advice on which of the nearly 100 posts on this blog to read first. So here, in no particular order, are six stories which remain memorable for one reason or another.

The Almighty Gaylords of Chicago is by far the most popular piece I’ve written on the blog. This brief summary of a white Chicago street gang was prompted by running across its unusual name on some website and digging deeper. It’s subsequently garnered a whole lot of views and spawned two sequels. I don’t think many who come here to read it go on to buy my books or look at posts about Raymond Chandler, but I’m glad of their company.

END_OF_DOCUMENT_TOKEN_TO_BE_REPLACED 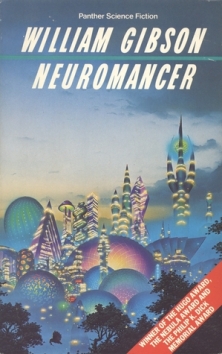 Neuromancer is the foundation stone of cyberpunk. William Gibson’s novel came out in 1984 before the genre even had a name, and won a lot of awards. The judges could tell this neo-noir about hackers in cyberspace was something special.

Gibson had been working in this direction for a while, finally perfecting the prototype with his 1982 story Burning Chrome. Contracted for a novel, he lashed his cyberpunk world to a heist plot. Neuromancer’s protagonist is the burnt out hacker Case, hustling through the nightlife of Japan in a suicidal spiral until a girl called Molly with mirror shades and blades in her fingers scoops him up for her ex-military boss.

They want him to take on some top level defences in cyberspace. The rest of the team is assembled, the heist set up, and then everything goes wrong when the team breaks into a rambling family mansion up in an orbital Las Vegas and the real mastermind behind it all is revealed.