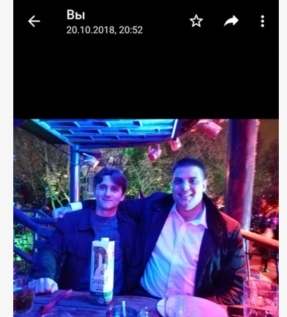 The Gilet Jaunes protests continue in France. Victor Lenta and his gang of military veterans from Ukraine are rumoured to be involved. Behind them a shadowy warlord from a breakaway republic is threatening to send more veterans to the streets of Paris.

Unité Continentale is a controversial far-right political group whose members turned paramilitary and joined the separatists in East Ukraine, otherwise known as Novorossiya. The group is Paris-based but includes many expat Brazilians and Serbs. Since returning home they have become involved in the fight against Emmanuel Macron’s government. Our man in Serbia gave us the scoop but also dropped some hints about a warlord he believes is also involved.

I asked for more details. Here it is. His views, as always, are his own.

1. Who is the warlord rumoured to be pulling Unité Continentale’s strings?

He is called Abhaz but his real name is Ахра Авидзба. He comes from the break away Abkhazia Republic in Georgia. The Republic has been de facto independent since it split from Georgia in a bloody 1992 war. The Georgians treat Abkhazia (and fellow secessionists South Ossetia) as a bunch of misguided locals led astray by Moscow. Periodic attempts to bring Abkhazia back under Georgian control have resulted in bloodshed, war crimes, and talk about intervention from the UN. There is a heavy Russian presence in the area, although Moscow insists its troops are only there as peacekeepers.

2. How did Abhaz end up in Novorossiya?

So far, no-one knows. He joined a group of volunteers in Eastern Ukraine and soon after became commander of Пятнашка (Pyatnashka) Brigade, a Russian ‘international brigade’ consisting mostly of men from the Caucasus. He was a good and popular commander who insisted on training his men well and prepping properly for missions. That’s not common in Ukraine and explains why Pyatnashka suffered surprisingly low casualties.

Their tactics are different than the usual Russian fighting style and seem to resemble closely fighting tactics of the Serbs and the Chechens – few in numbers but very deadly. You can overcome them with only using great numbers of soldiers. They seem to have funds from Abkhazia. Several important figures in politics from this republic have been captured during the fighting, along with Deki the sniper, tortured, and then released.

The co-commander in this unit was killed not long ago, another well-known figure by the name Олег Мамиев-Мамай. He was a great friend of Deki.

3. Is Abhaz still in Ukraine?

It seems that the Russian security services have ordered both Deki and Abhaz to take a little break from the front line. Abhaz became a father and Deki got married while also trying to recover his health in Moscow. In the Russian world everything is done for reason and I think that recent assassination attempt on high level commander in the East has something to do about it.

4. What’s the connection with Unité Continental?

There seem to be two connections. Firstly, Victor Lenta and the others are apparently hanging around in Paris with other French volunteers who fought in Ukraine with Pyatnashka. It’s not clear if they knew each other in Novorossiya or met up back in France. Either way, there is an obvious connection to Abhaz.

The second connection is a bit more complicated. The UC guys worship the nationalist politician Vojislav Seselj, leader of the Serbian Radical Party.  All volunteers in Ukraine from Serbia are his followers or supporters, including Deki. How deep this goes you can see in picture above: it shows Seselj’s son Alexander with Deki. He frequently visited the rebels along with a Serbian General called Delic who has been involved somehow in this war. Alexander is also a representative in the Parliamentary Assembly of the Council of Europe (PACE).

His father Vojislav Seselj recently met with Putin and outside of all protocols had an intimate conversation for over 10 minutes. So there’s a link between UC and Seselj, and a link between Seselj and Putin. And many people think there is a link between Abhaz and Putin, or at least the Russian security services. That’s because of Ukraine, the Russian influence in Abkhazia, and Abhaz’s role as commander of Pyatnashka.

5. What does this all mean?

It might mean nothing. Abhaz wanted to support his former French volunteers and get some publicity at the same time, so he talked big to the media about sending Caucasian soldiers to the streets of Paris. Maybe he wasn’t serious.

Or it might mean that important people in Russia are indirectly stoking up the anti-government protests in France by helping a far-right group and an Abkhazian warlord intervene in the situation. I really don’t know much more except that the Pyatnashka veterans are dangerous and seem to be attempting to infiltrate protests in France somehow. They seem to be restless people, when not fighting then they are training hard and working on propaganda.

If you want to show some love for this blog then please buy my books in paperback, hardback, or ebook: