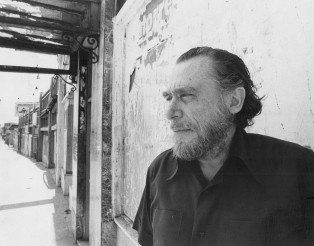 What’s the link between Raymond Chandler, poet laureate of noir detective fiction, and Charles Bukowski,  patron saint of low-life drunks? Two that I can think of: a dead gay psychic and a book.

The book was Bukowski’s Pulp. Published in 1994, it was the last he ever wrote. The bard of the bottle was on his way out when he wrote this homage/parody to the LA detective thriller.

The works of Chandler and fellow noir master Dashiell Hammett loom large over Bukowski’s book, even as he subverts their tropes and goes looking for more philosophical mean streets to stroll down. The text eventually escapes its Chandler pastiche and meanders off into autobiography and a creeping sense of mortality.

The dead gay psychic is something else.

His name was Manly P Hall and he was worth $52 million. Hall came from modest origins in Canada, moved to California in 1919 at the age of eighteen, and found he had a natural talent for the new age beliefs popular at the time. The state was so notorious for its offbeat spirituality that Dashiell Hammett would make a cult called the Temple of the Holy Grail a major plot point in his San Francisco-based novel The Dain Curse.

After briefly mixing with a Theosophy-style movement pushing a new Rosicrucian ‘Aquarian Age’, he started giving talks of his own about reincarnation in a small rented room above a bank. Tall, long-haired, and intense-eyed, he caught the attention of a local neo-Transcendentalist congregation called The Church of the People. Soon he was the church’s minister.

People liked the charismatic young speaker who mixed Christianity with sociology, philosophy, and ancient religions. Some saw him as a guru. Carolyn Lloyd and her daughter Estelle, wealthy with oil money, funded him on a trip around the world to examine the spiritual practices of Eastern nations. Hall began writing books like The Initiates of the Flame and The Lost Keys of Freemasonry.

In 1928 he synthesised his mix of Theology, occultism, Christianity, clasical philosophy, and eastern religions into The Secret Teachings of All Ages – An Encyclopedia Outline of Masonic, Hermetic, Qabbalistic and Rosicrucian Symbolic Philosophy. It was a heavyweight, privately-published volume that was either a divinely inspired work that opened the portals of wisdom or semi-literate mystical trash, depending on your view.

The Root of All Evil

Hall founded the non-profit Philosophical Research Society, Inc and built up a library thousands of books strong. Carolyn Lloyd and Estelle continued to fund him; Caroline left him a house in Los Angeles in her will and a share of her oil wealth when she died in 1946. Estelle was equally generous in her will. 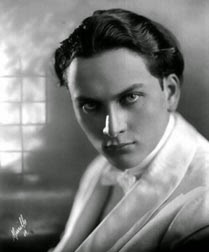 There were two marriages, both unconsummated, either because Hall had his mind on higher things or else preferred the company of strong young men. Most people leaned towards the latter view. The first wife committed suicide; the second hung around.

Later Hall had some brief involvement in Hollywood, writing a film treatment about astrology (made as When Were You Born? with Anna May Wong), joined the Freemasons, claimed psychic powers, and wrote more books. He got impressively fat and became an off-beat California celebrity, officiating Bela Lugosi’s wedding in 1955 and inspiring Elvis Presley to lecture his studio band about The Secret Teachings of All Ages.

Hall’s wife Marie had initially welcomed Fritz’s help but turned against him when money started going missing. The Californian guru spent the last years of his life confused and incoherent, being fought over by Marie and Fritz in a battle for control of his chequebook.

Manly Palmer Hall died on 29 August 1990. Marie was away and Fritz preferred to chant Manley’s soul to the other side rather than call an ambulance. He managed to make three calls to a doctor claiming Hall was dead, then dying, then dead again. The doctor arrived to find Hall deceased in bed, domestic help scrubbing a stain off the carpet, and ants streaming in and out of the corpse’s ears and nose, typical signs the body had been outdoors for a length of time.

It emerged that Hall had recently changed his will to benefit Fritz and son. There was a vicious legal battle with Marie. She won and the LA police took an interest in murder charges but the evidence wasn’t strong enough. Fritz and his son were forced out of the Philosophical Research Society, Inc and ended up in Nevada. Fritz died there in 2001, claiming to the end that Manly Hall had been a great man and a great friend.

So far, so California. The Bukowski connection happened in 1985 when the hard-drinking author married Linda Lee Beighle, his long time girlfriend, at the The Church of the People. Beighle was a mystical hippy-type who ran a health food shop and had spiritual beliefs. Bukowski was an alcoholic poet and novelist finally clawing his way into the public consciousness after years of skid row poverty.

Hall maintained links to the Church and still performed his regular ministerial duties. He agreed to oversee the wedding but turned up late to the ceremony, leaving the couple and their guests sweating nervously. When he did arrive, tottering and hugely overweight, he looked so unwell that one guest thought he might not make it through the evening.

The Order of Melchizedek

Hall survived the ceremony, marrying Bukowski and Beighle ‘under the authority of the Order of Melchizedek‘. The couple stayed together until the writer’s death of leukemia in 1994 shortly after finishing Pulp. Their wedding reception was a drunken bit of debauchery which Hall avoided, although he did accept a kiss from the bride after she finished kissing her new husband.

‘May I kiss the minister?‘ she asked.

‘Oh my dear,’ said Hall, ‘the minister always gets a free kiss.’ 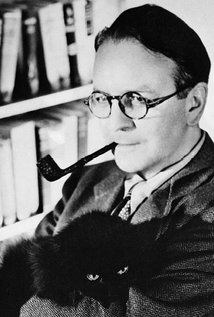 To find the Raymond Chandler connection we have to go further back. In 1912 a 24-year-old Chandler was on board a liner heading for America. He’d grown up in Chicago then moved to London with his Irish mother to escape her drunken, violent husband. Chandler had got a decent education at Dulwich College, joined the civil service, tried his hand at freelance journalism, and then gave up on it all. He went back to America.

On the liner, he became friends with Carolyn Lloyd and her daughter Estelle. The Lloyds recommended Los Angeles and invited him to stay at their family home while Chandler established himself. In those pre-Manly Hall days, Carolyn Lloyd was more interested in art than mysticism. Her home was a salon for writers and painters, respectable but with a hint of bohemia. Estelle kept a Paris apartment and knew a young expat writer over there called Ernest Hemingway.

Chandler took the Lloyds up on their offer after spending some time in New York. They helped support him while he went through various low-grade jobs. Then came 1917 and America’s entry into the First World War.

Chandler fought on the Western Front for the last year of the war. He came back to Los Angeles and the Lloyds, injured and changed. He soon moved out to live with his mother, then complicated everything by falling in love with the mother of an army friend. The situation raised a lot of eyebrows and would have modern psychologists grinning like Cheshire cats at an easy diagnosis. He eventually married Pearl Eugenie ‘Cissy’ Pascal when his own mother died in 1924

By that time Chandler had been working in the oil industry for two years. Carolyn Lloyd’s husband had got him a book keeping job. Chandler worked his way up to vice-president of the Dabney Oil Syndicate but got sacked in 1932 for alcoholism, instability, and sleeping his way through the secretaries. Unemployed and drinking heavily, Chandler decided to try writing again. He became a successful pulp writer for Black Mask magazine then parlayed that into a career as the best-known detective novelist in America, pioneering a style both hard-boiled and romantic, tough and witty.

Chandler and the Lloyds seem to have drifted apart, a gap widened by his unconventional marriage, Estelle’s disappointed crush, and the sudden 1923 death of Carolyn’s husband. The Lloyds moved into spiritualism and Manly P Hall, perhaps seeking solace for their loss.

Bukowski never wrote about Manly Hall. Chandler also left the page blank but if you squint enough you might see some trace of Hall in the character of fraudulent psychic Jules Amthor from Farewell, My Lovely. Amthor preys on rich women using staged crystal ball readings and has connections with high up cops. He ultimately proves to be a dead end in the investigation, but his aggressive response to being questioned allows Chandler to peel the lid off California corruption for a chapter or two.

Chandler may have been throwing some shade at Maley Hall and the way he efficiently extracted large sums of money from the Lloyds. Alternately, California had more than enough fake gurus to provide inspiration elsewhere.

So, there’s the Chandler-Bukowski-Dead Psychic connection. Famed noir writer Chandler was taken in by the wealthy Lloyd family in Los Angeles. They gave him a home and a job. Then the head of the family died, leaving Carolyn and Estelle in search of spiritual answers. They found them in the form of Manly P Hall and funded his occultist lifestyle until their own deaths. Decades later, a fragile Hall would oversee the wedding of skid row Shakespeare and alcoholic Charles Bukowski to his spiritually-inclined bride. Finally, Hall would die in suspicious circumstances straight out of a Chandler novel, only a few years before Bukowski’s final novel paid homage to Chandler and the genre he created.

It’s a small, mystical, hard-drinking world out there.

The King of Nazi Paris: Henri Lafont and the Gangsters of the French Gestapo [or amazon.com]

2 thoughts on “Raymond Chandler, Charles Bukowski, and the Dead Psychic”